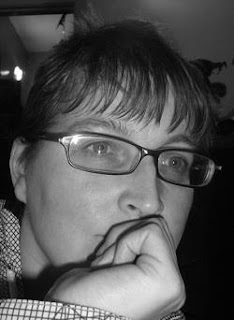 Norma Budden resides in Arctic Canada with her young and growing family. An Administration Manager by day, Budden fills her evenings between spending time with her family and snatching whatever moment she can to write or promote her writing, fostering friendships along the way.
In time, Budden dreams of being immersed in the writing world on a full-time basis where she can alternate between writing in a room overlooking the ocean and meeting her fans.
1. How old were you when you wrote your first story?

I can't remember much about writing while attending elementary school but I remember becoming more interested in the written word when attending junior high. At the beginning of grade 6, I remember the teacher asking us to write a list of books we read throughout the year; by the time June came around, I had read 168 novels. She was surprised - but I lived to read and, by the next year, I developed a fascination for writing a story of my own. I don't recall writing an ending to a story, though - until I started writing a novel when I was 19 and finished it a year later after moving to Arctic Canada.
2. Did anyone inspire you? If so, who was it?

Eric Wilson, a mystery author for kids, was one of my favorite authors when I lived in Goose Bay, Labrador. I had read some of his titles and meeting him in person was one of the highlights of my life as a kid. We just didn't meet "authors;" they seemed to exist in a different world.
In fact, it wasn't until I became a writer myself that I realized that writers are ordinary people with ordinary needs. It was an eye-opening experience and, I guess I felt a little like the kids in town feel when learning I publish books. They're in awe; they just can't believe a published author lives among them, a person they have only seen on the front lines as a "customer service" department store professional until recently.
3 Who are your favorite authors? What did you learn from them?

I write in my bedroom, with my computer desk sitting next to the foot of my bed. The entertainment unit - which entertains the kids during the day and early evening - is across from my bed, beside the door. When sitting at my desk, working on the computer, it's the only time I ever feel comfortable with my back to a door.
16. How much time do you spend on the names of your characters? Have
you ever changed a name half way through your book?
I don't think about characters' names so much; I go with what comes into my mind. I don't research names for meanings or to see if real people exist with those names. As for changing a name, I changed the surname of one character halfway through writing one story but, otherwise, the characters' names were set in stone.
17. How do you feel about research for each of your books? Do you
enjoy it or does it drive you crazy?
I try to avoid writing fiction titles which require a lot of research. However, I am definitely one for asking a question or two as situations arise from experts I know in certain fields. In areas of crime fiction, my titles are read to be sure no inconsistencies exist. If I was writing a non-fiction title, however, or a fiction story which I felt I wanted to write about a subject I was not familiar with, I would dig into the research as if I was a starving person with a feast put before her.
18. Are you a solitary writer or do you enjoy writing with a colleague?

I had a good writing experience with a colleague once and might do something of that nature in the future, if the situation warrants. However, I've been so busy trying to get my own stories written that getting those stories out there will definitely be my first priority.
19. Do you have a special thinking space?

No, I am thinking almost all of the time but it is easier to think when my eyes are focused on something, staring at one thing in particular. I enjoy thinking most when accompanied by nature, though. Sitting on a rocky beach or walking along a sandy one makes for wonderful inspiration and there's nothing quite like standing at the foot of one of the Rocky Mountains.
20. Do you have a favorite character that seemed to come to you rather
than allowing you to create him??

All of my characters come to me but, of those I've created so far, Ace Townsend and Jack Steele (of my Freedom in Love series) are taking the lead. There is something about these two dynamic men which captivates me beyond belief.
21. What is your best way to kick writers block when it happens to you?

Honestly, I don't know. It has never happened to me. There is always such an abundance of ideas - more ideas than the time it takes to write them.
Thanks so much for taking the time to be with me today. It has been an absolute pleasure!